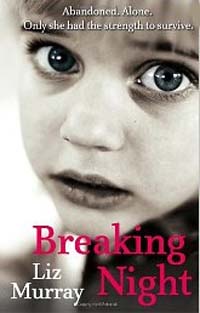 Book Description<BR> <BR> An inspirational memoir by a young woman who, at age fifteen, was forced out onto the streets and survived several years of homelessness before eventually making it into Harvard <BR> <BR> <BR> Product Description<BR> Liz Murray never really had a chance in life. Born to a drug-addicted father who was in and out of prison, and an equally dependent mother who was in and out of mental institutions, she seemed destined to become just another tragic statistic. Another life wasted on the brutal streets of New York. <BR> <BR> <BR> By the age of 15, Liz found herself homeless with nowhere to turn but the tough streets, riding subways all night for a warm place to sleep and foraging through dumpsters for food. But when her mother died of AIDS a year later, Liz's life changed for ever. With no education, with no chance at a job or a home, she realised that only the most astonishing of turnarounds could stop her heading all the way down the same path her parents took. And so she set her mind to overcoming what seemed like impossible odds - and in the process, achieved something extraordinary.<BR> <BR> <BR> Told with astounding sincerity, Breaking Night is the breathtaking and inspirational story of how a young women, born into a world without hope, used every ounce of strength and determination to steer herself towards a brighter future. Beautifully written, it is a poignant, evocative and stirring portrait of struggle, desperation, forgiveness and survival.<BR> <BR>